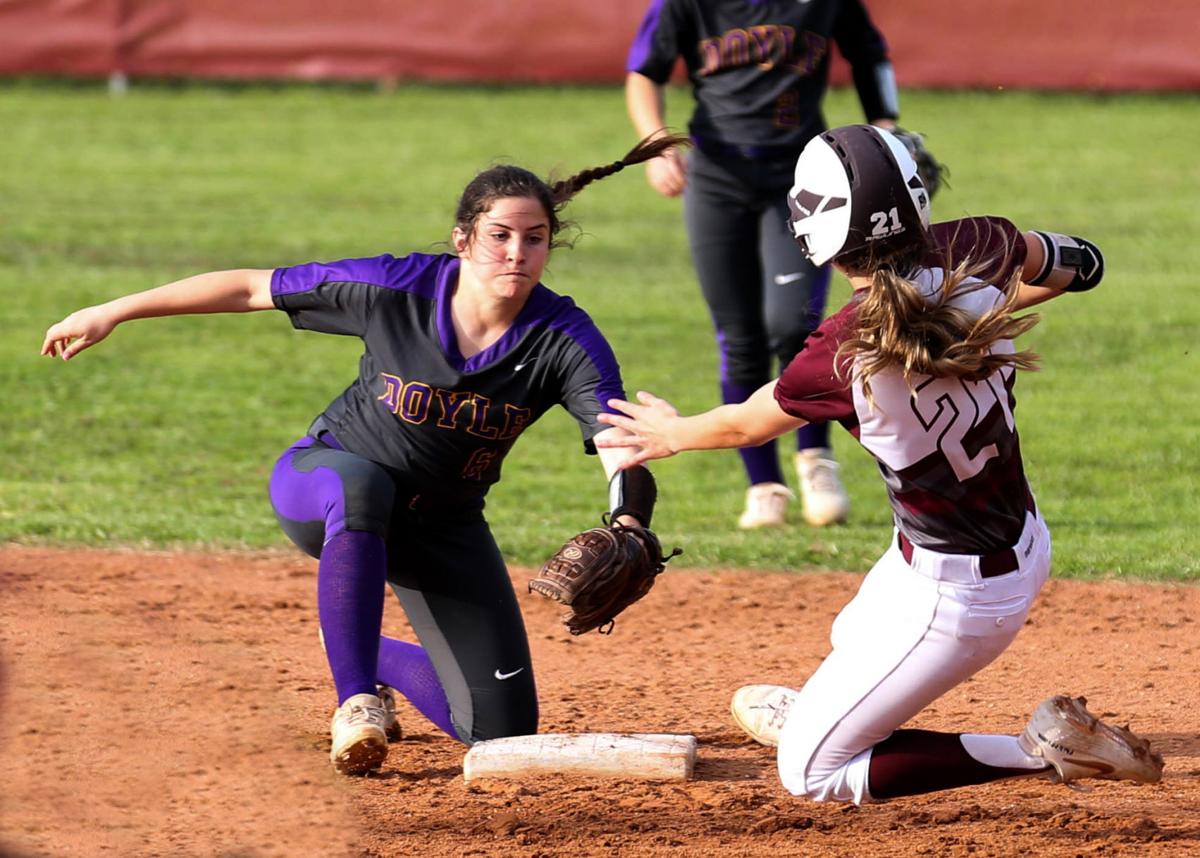 Doyle's Gracie Taylor goes in to tag Albany runner Camdyn Cooper, who was safe at second on the play. 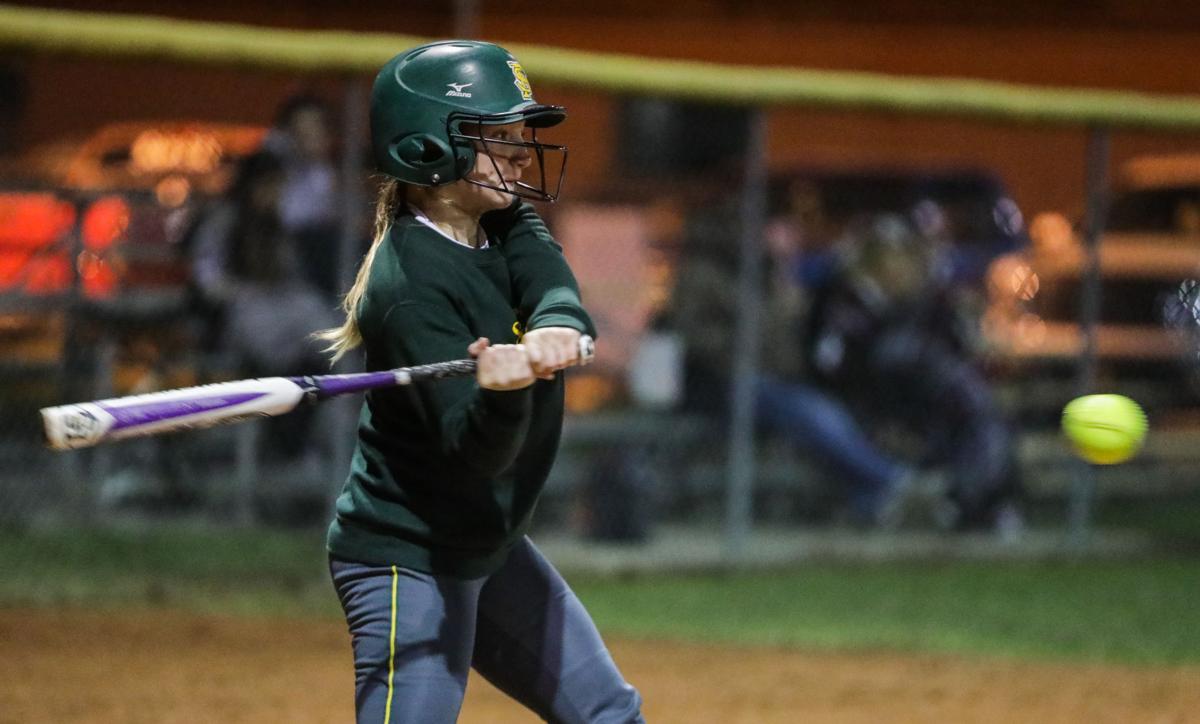 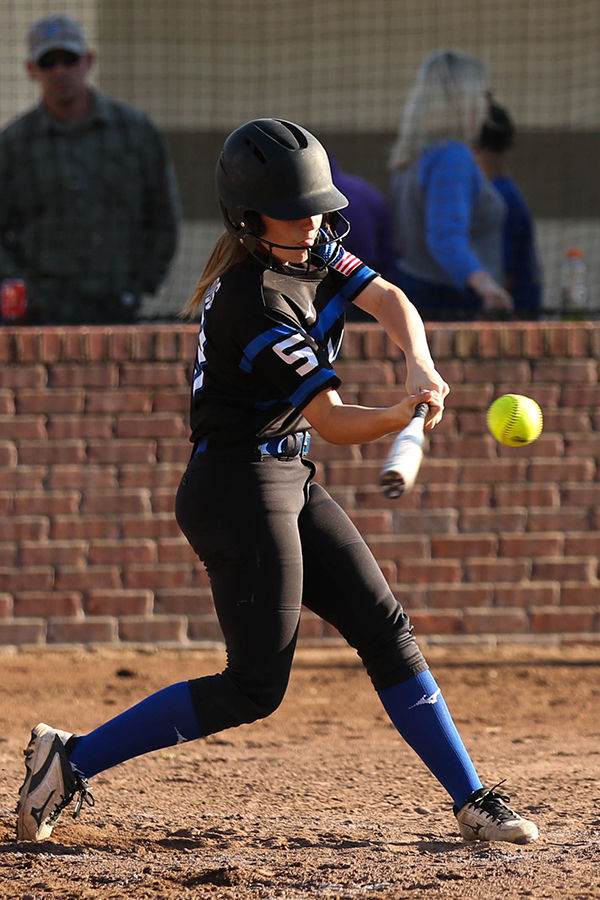 As a new season nears, each coach in District 10-2A is looking at things a bit differently after last year’s shutdown because of the novel coronavirus.

“We were playing really well whenever the season ended,” Doyle coach Amanda Decell said. “I guess my only hope is that we take that momentum into this year. We didn’t lose anybody, so that was the bonus. I just hope they feed off of that and bring that same game to this season.”

French Settlement coach Blake West is looking at the upcoming season in a similar light.

“For us, when we hit the field, it’s going to be the mentality of just kind of pick up where we left off, get things rolling, get everybody back out there and just see what happens,” West said.

“I think just from practicing this season, we have improved from the offseason,” she said. “We’ve put in the work.

“I think this year, we just want to be competitive in all our games, but especially in the district games.”

In the Class 3A ranks, Albany enters the season with a new coach in Brian Ford and roster with no seniors, two juniors and the mostly sophomores and freshmen.

“We’ve got some good team chemistry going,” Ford said. “We’re going to try to be as strong as we can this year, but the next two years, we should be really ready.”

Doyle opens the season Friday against Pearl River as part of the Ponchatoula Round Robin Tournament at 4:30 p.m. French Settlement meets Loranger at 5 p.m. at Hammond America Park, while Springfield opens the season Thursday at Pine at 5 p.m.

The Lady Tigers have 10 seniors on the roster, and while not all of them are starters, some have been playing at the varsity level for six years.

“For sure, getting back to that state tournament is goal one, and then winning it is the next thing,” she said. “I do think we have it. You can have all the pieces. You’ve got to want it more than the other team. That’s what I’m trying to drill into their minds right now is, yeah, we hit well. We’ve got the pitching. We’re gong to play solid defense, but if you don’t want it more than the other team, it’s not going to happen. If you don’t work harder than them, it’s not going to happen. That’s been the main focus, and that’s what I’m going to keep drilling into them the whole season.”

The Lady Lions have 16 players on the roster ranging from seniors to seventh-graders, with West expecting to get contributions from every player and said they’ll rotate around, especially early in the season.

“It’s really probably going to be whoever’s playing well, whoever’s got a hot bat, or of we just find something that clicks,” West said. “It won’t be a set lineup until we find something like that that works for us.”

In early workouts, West said he’s been pleased with the team’s approach on offense.

“I think we’ve got a good group that we can utilize their speed, we can utilize power, we can bunt and run,” he said. “We can be very versatile on offense this season. I feel like this is our most complete offensive team that we’ve had in the past couple of seasons. I feel like a lot of girls we have returning, and even the newcomers, are going to help us out and can be very productive offensively.”

Ledet will rely on ReNay Edwards, Maddie Ridgedell and Chloe Romano in the circle.

“ReNay, she knows what to expect,” Ledet said. “She’s pitched whole games before, and she can go in there and she can get the job done. I see her doing that for us, but I’d like to get Maddie some more mound time and get that experience under her belt and see how she can lead the team from the circle. I need more game time out of her. I didn’t get to see that as a freshman out of her last season with everything being cut short, so I see almost her and ReNay splitting the circle a lot this season and Chloe coming in to relieve them when needed.”

“They’ve been key players for us forever,” Ledet said. “They’ve grown a lot in their years. As freshmen, they were all three starters.”

Ledet said he’s also excited about freshman catcher Bailey Taylor and said one of the goals for the Lady Bulldogs is to shore up things on defense heading into the season.

“I think routine plays, those are second nature,” she said. “We have the routine plays. I think we need to improve in our situational plays. There’s still some work to be done there.”

“I’m thinking we’re going to have a pretty good season for us,” Ledet said. “I think we’re going to compete well, and that’s all you can really ask for out of the girls right now.”

“We’re in kind of a rebuilding year, if you want to call it that,” Brian Ford said. “I’m expecting them to get to the plate, to be aggressive, put the ball in play and good things happen.”

“I may have one or two (players) that are strangers to the sport, but all my younger ones are either coming back, tournament ball players or very experienced, so I’m not in that ‘Oh my gosh’ state, if you will,” Brian Ford continued. “I’m not panicking. I don’t think we’re going lose every game we play, but we’re going to give it the best we can.”

Brian Ford said the Lady Hornets should be solid in the circle and in the middle infield but things will have to come together in the outfield.

“Of course we want to win now,” he said. “We’re going to try to win every game we can, but the future is where we’re looking obviously, just as much.”