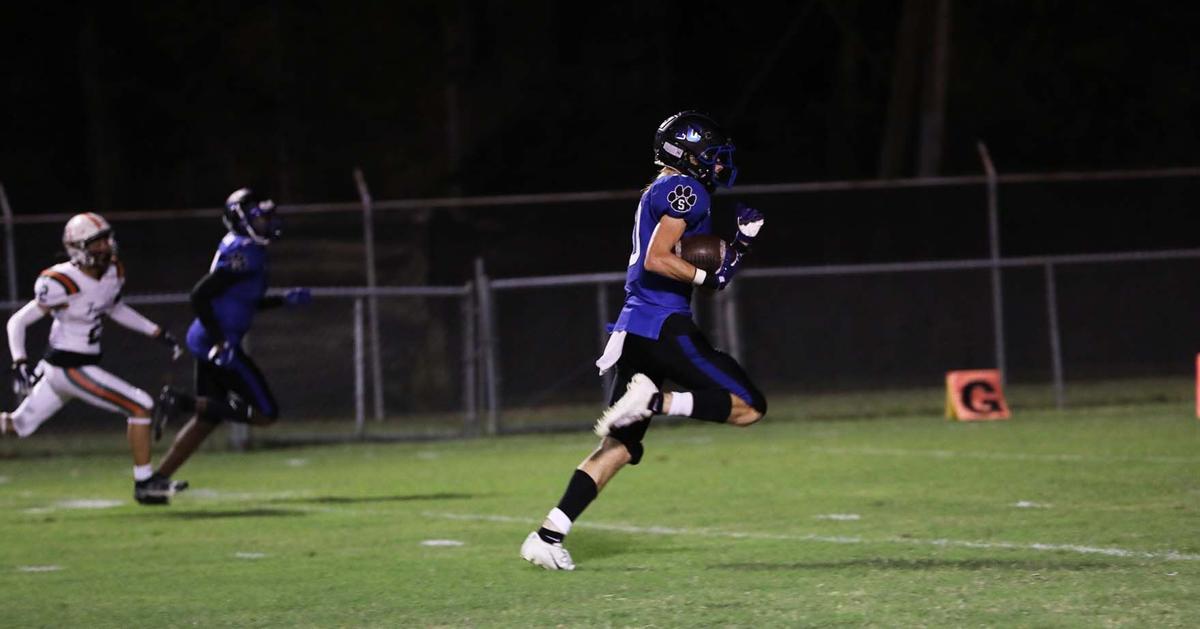 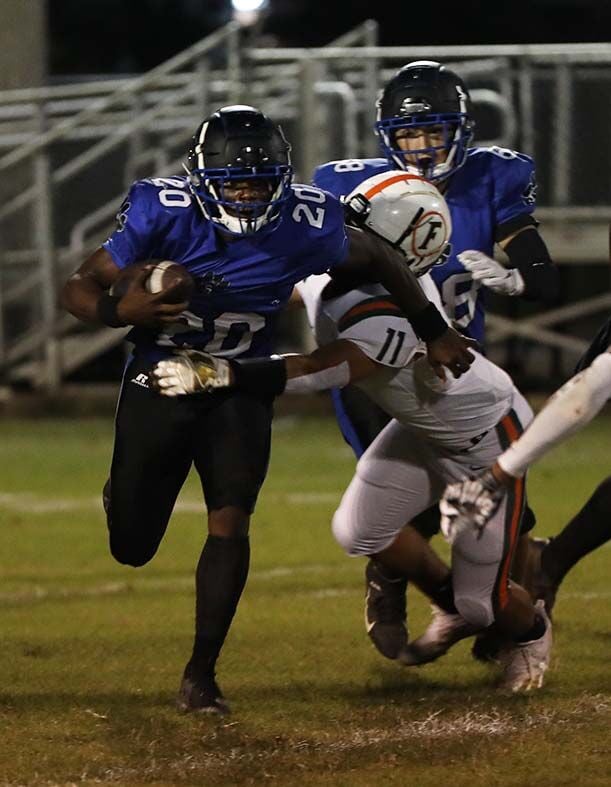 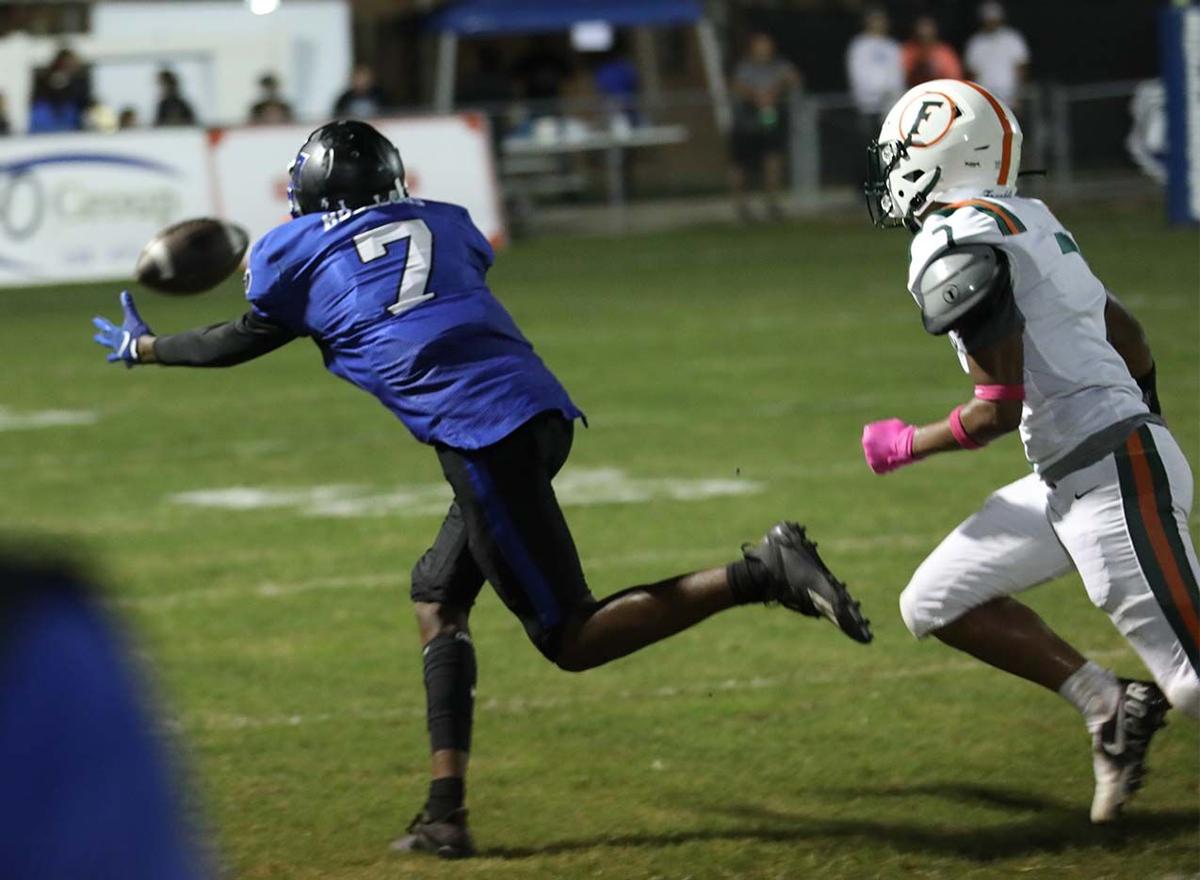 The Springfield football team flipped the script against Ben Franklin, and that helped the Bulldogs get back into the win column Friday.

Springfield overcame a lost fumble on its first drive then scored 28 straight points on its way to a 42-12 win at Springfield.

“Our kids did a much better job of being resilient and not hanging their heads when something went wrong, and then it kind of snowballed from there as far as just great things we were able to do defensively having two defensive scores and then setting up a couple of other scores defensively was a big deal for us,” Springfield coach Ryan Serpas said after the Bulldogs fell behind 22-0 in last week’s loss to Slaughter Charter but forced six turnovers (five interceptions and one fumble) Friday. “It was a great team win. Offense, defense and special teams looked really well (Friday) night, which is kind of where we want to be at hitting the middle of the season. Obviously, there are some things we need to fix, but I thought we got great play from Jatorius Buggage in our run game, and then we were able to capitalize on some things they were trying to do to us in our passing game as well. I’m just pleased with the overall effort, and we’re going use this film to watch our mistakes and correct them and hopefully get a little better going into next week.”

After that lost fumble, the Springfield (2-2) defense held. On fourth down, a snap over the Ben Franklin punter’s head enabled to the Bulldogs to take over at the Falcons’ 11.

Four plays later, Seth Grand scored on a quarterback sneak from the 2-yard line, and Nick Fletcher ran it in for the two-point conversion for an 8-0 lead.

On the first play of the next Ben Franklin possession, Ivan Fletcher returned an interception 55 yards for a touchdown. The conversion was no good, put the Bulldogs led 12-0.

“He did a great job of staying back in coverage,” Serpas said. “The quarterback kind of overshot his receiver a little bit, and Ivan was in perfect position to pick that off. He was already coming downhill on that, so he made one guy miss and was able to get to the sideline and had a good return there, so that kind of set us in a great position there.”

In Franklin took over at its own 35, and one play later, Britton Allen got an interception, enabling the Bulldogs to take over at their own 48. Two plays later, Grand connected with Allen on a 38-yard touchdown pass. Nick Fletcher ran on the two-point conversion, stretching the lead to 21-0.

Grand finished 4 for 14 for 73 yards and two touchdowns.

On the third play of the next Ben Franklin drive, Ivan Fletcher snagged another interception at the Bulldog 45. The turnover resulted in a Springfield punt, which the Falcons turned into a long drive which went inside the Bulldog 20.

The drive ended when Allen returned an interception 90 yards for a touchdown. A pass on the two-point conversion was incomplete, putting Springfield up 28-0 in the first quarter.

“At that point, you know everything defensively was clicking for our kids, and we were making good plays,” Serpas said. “I was proud of the effort. It showed up in practice this week, and it definitely fell right into the game as well.”

“You just try to put kids in position to make plays, and we had some kids that not only were in position, but they continued to make the play above and beyond as far as being able to get the defensive scores,” Serpas continued. “You can watch on film the guys turn around once they see we’ve got the interception and they’ve got guys blocking down field for them. They did a great job of having each other’s backs, and it was really a good night for us defensively. I really think that our kids really had a great time and bought into the game plan.”

Ben Franklin got the ball at the Springfield 35 and drove to the Bulldog 2 before turning the ball over on downs. Springfield threw an interception, and the Falcons took over at the Bulldog 23, setting up touchdown pass which cut the lead to 28-6.

Springfield drove to the Ben Franklin 15, where Grand flipped the ball to Ivan Fletcher for a touchdown. The two-point conversion failed, but the Bulldogs led 34-6, which was the score at halftime after Springfield recovered a fumble but was unable to score.

Allen got another interception, and the Bulldogs took over at their own 20 before going on a long drive which ate up the remainder of the third quarter and carried into the fourth quarter.

Ben Franklin scored on a 7-yard pass for the final margin before Springfield took over and was eventually able to run the clock.