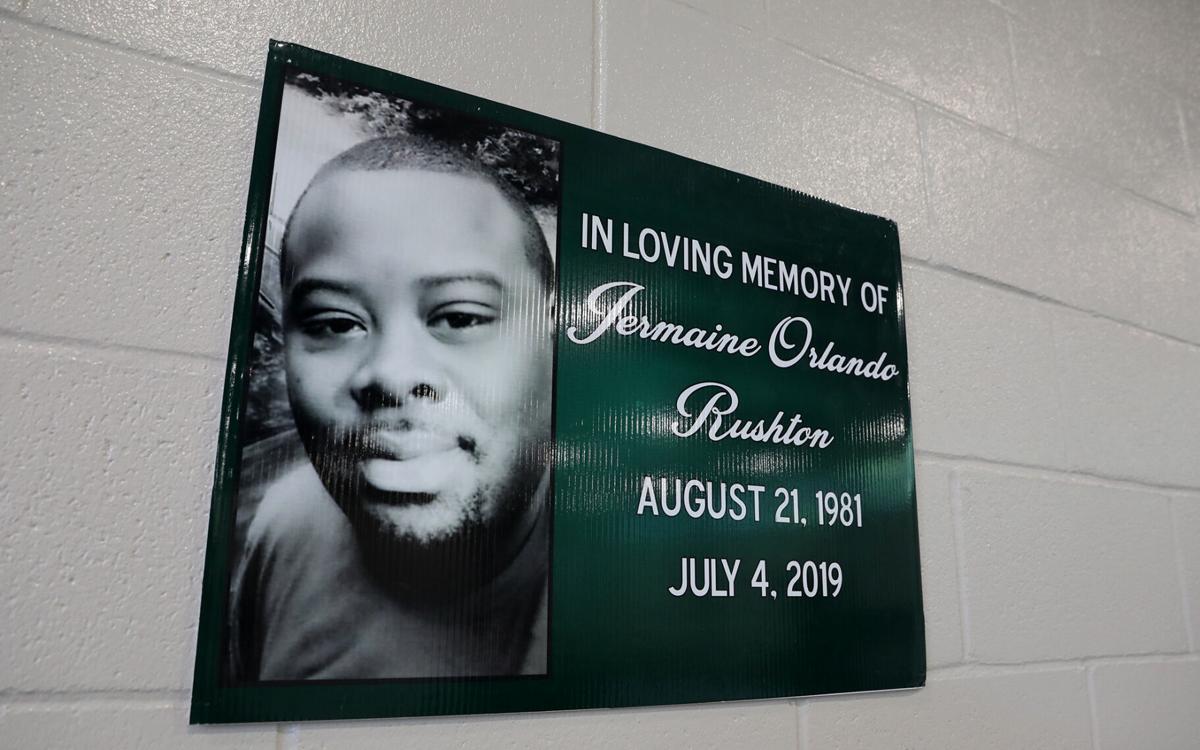 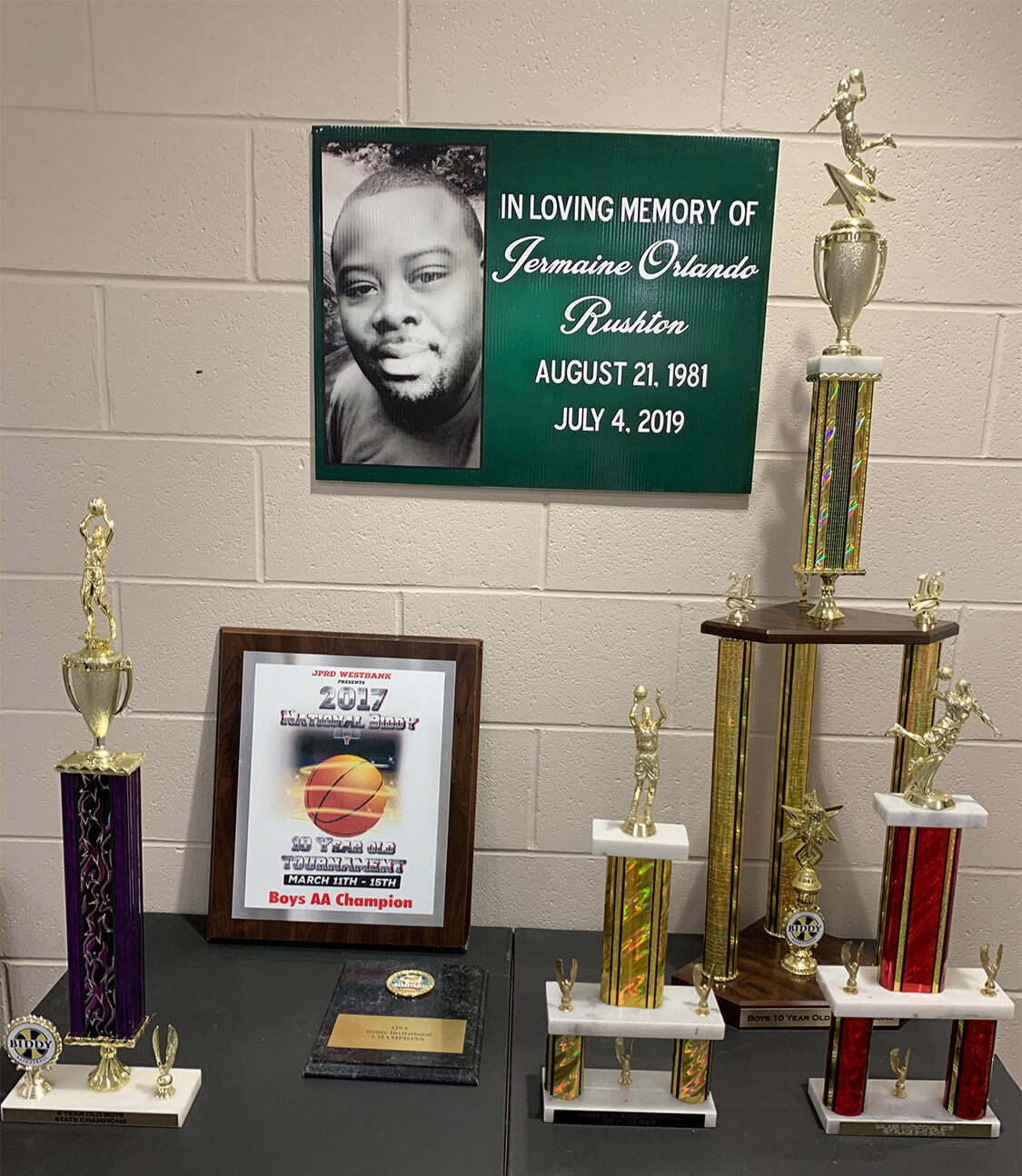 Pictured is some of the memorabilia that will be displayed inside the City of Walker’s new Community Center in the memory of Jermaine Rushton, a beloved youth sports coach who passed away July 4, 2019, at the age of 37. 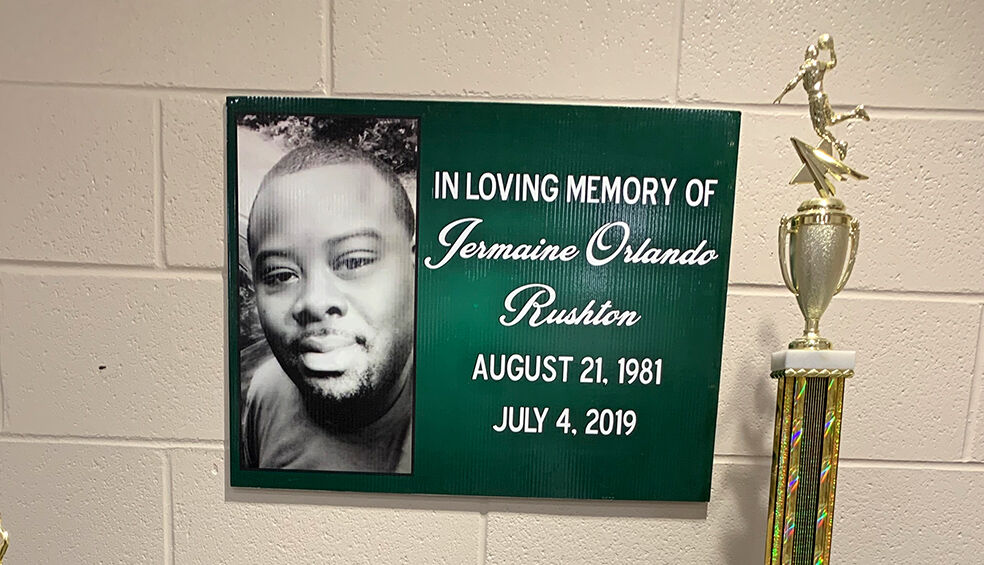 Pictured is some of the memorabilia that will be displayed inside the City of Walker’s new Community Center in the memory of Jermaine Rushton, a beloved youth sports coach who passed away July 4, 2019, at the age of 37.

WALKER -- Whenever Traci Westmoreland looked over the list of coaching requests, they almost always had the same name.

“They all wanted to play for him,” Westmoreland said of Jermaine Rushton, a former coach for the Walker Recreation District. “I was like, ‘He can only have so many.’

“But everybody around here knew him,” she continued. “And every kid wanted to play for him.”

Westmoreland recalled one woman not even knowing Rushton but requesting him anyway, just because of all that she had heard about him.

“He just had a reputation,” Westmoreland said. “Helping kids was in his blood.”

Memories continue to live on of Rushton, a Walker native and beloved area youth coach who passed away on July 4, 2019, at the age of 37.

To keep his memory alive and remind the public of all the good he did for local youth, city officials are dedicating the new Walker Community Center in his honor, said Westmoreland, the city’s parks and recreation director who worked closely with Rushton.

The Community Center, which will also serve as a safe house, was officially unveiled during a ribbon-cutting ceremony on June 30. When it’s not being used during an emergency, the center will be utilized as a recreational hub for sports such as basketball and volleyball.

And now, it’ll serve as a living reminder of someone who touched the lives of many.

“Everybody loved him, and it shocked everybody when he passed,” Westmoreland said. “So we wanted to do something in honor of him because of all the good he did here.”

Rushton’s roots in Walker go deep. A 1999 graduate of Walker High, Rushton starred on the football field for the Wildcats, amassing more than 1,000 rushing yards in an all-district junior season that saw Walker make it  to the playoffs for the first time since 1991.

In his senior season, Rushton broke the school’s single-season mark with 1,845 rushing yards and helped lead his squad to an 8-2 record.

After graduating high school and playing some college ball, Rushton returned to the Walker area to settle down. He eventually married, had two children, and began a career at Entergy.

Soon after, he started coaching. He never stopped.

Upon his return home, Rushton dove into the coaching ranks, both at his alma mater and for the Walker Recreation Department, where he coached youth baseball, football and basketball. He eventually guided the Walker Biddy Basketball All-Stars to consecutive national championships.

But Rushton’s duties went far beyond X’s and O’s.

“He did whatever was needed,” said Mayor Jimmy Watson. “He’d coach basketball, football — he even did a little umpiring, too. He did everything. He was a great guy.”

“He was just a really good person. He was a good father, a good man ... just a good person in general.”

Rushton spent more than a decade coaching youth sports for all ages. Westmoreland can still picture him arriving at practice or a game with his entire team piled up in his car, a memory she shared with a laugh.

Given Rushton’s length of time in the recreation district, some kids grew up with him as their coach.

“They were all his kids — it didn’t matter who you were,” Westmoreland said. “That’s how he treated them.”

Rushton’s sudden passing is still difficult to grasp for Westmoreland, who recalled Rushton umpiring a baseball game three days before.

“When they told me [he passed], I just walked into my office and just sat there in disbelief,” she said. “It just shocked everybody.”

Tammy Payton, a municipal clerk for the City of Walker, said she was heading to Mississippi when she got the call that Rushton, her cousin, had suddenly died.

“We were just rocked,” said Payton, who was present for the ribbon-cutting ceremony of the new building. “We had gone on a day trip to Mississippi when we got the call. We literally turned around and came back to Louisiana.”

Inside the 15,000 square-foot facility will be a section dedicated to Rushton, where visitors will be able to see a display case filled with photos, plaques, and trophies. Westmoreland said she plans to display a large banner and a picture of him at the top.