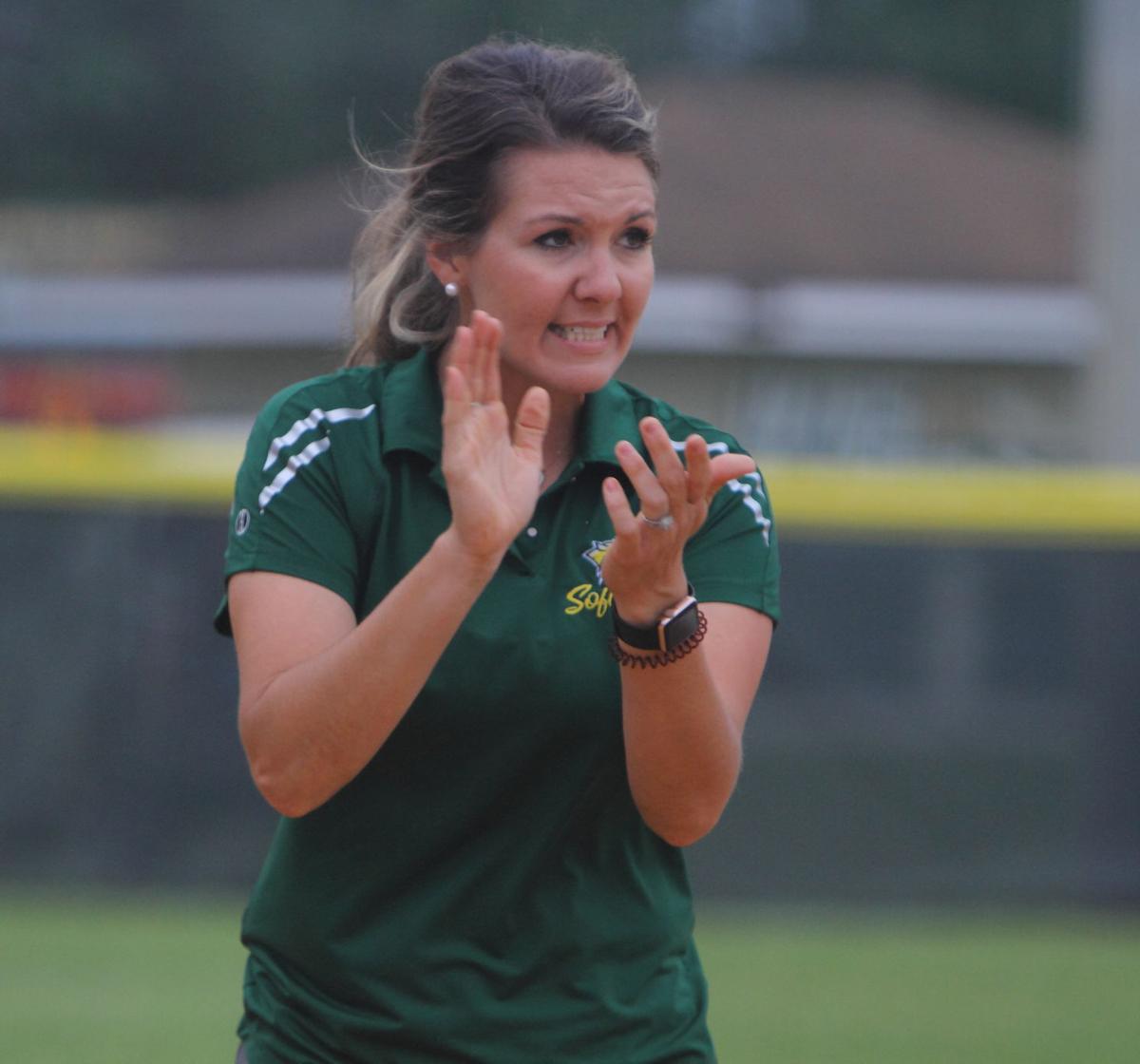 Walker head coach Hali Fletcher guided her team to a 14-win improvement over a year where the Lady Cats won the District 4-5A championship and finished as a Class 5A state semifinalist. 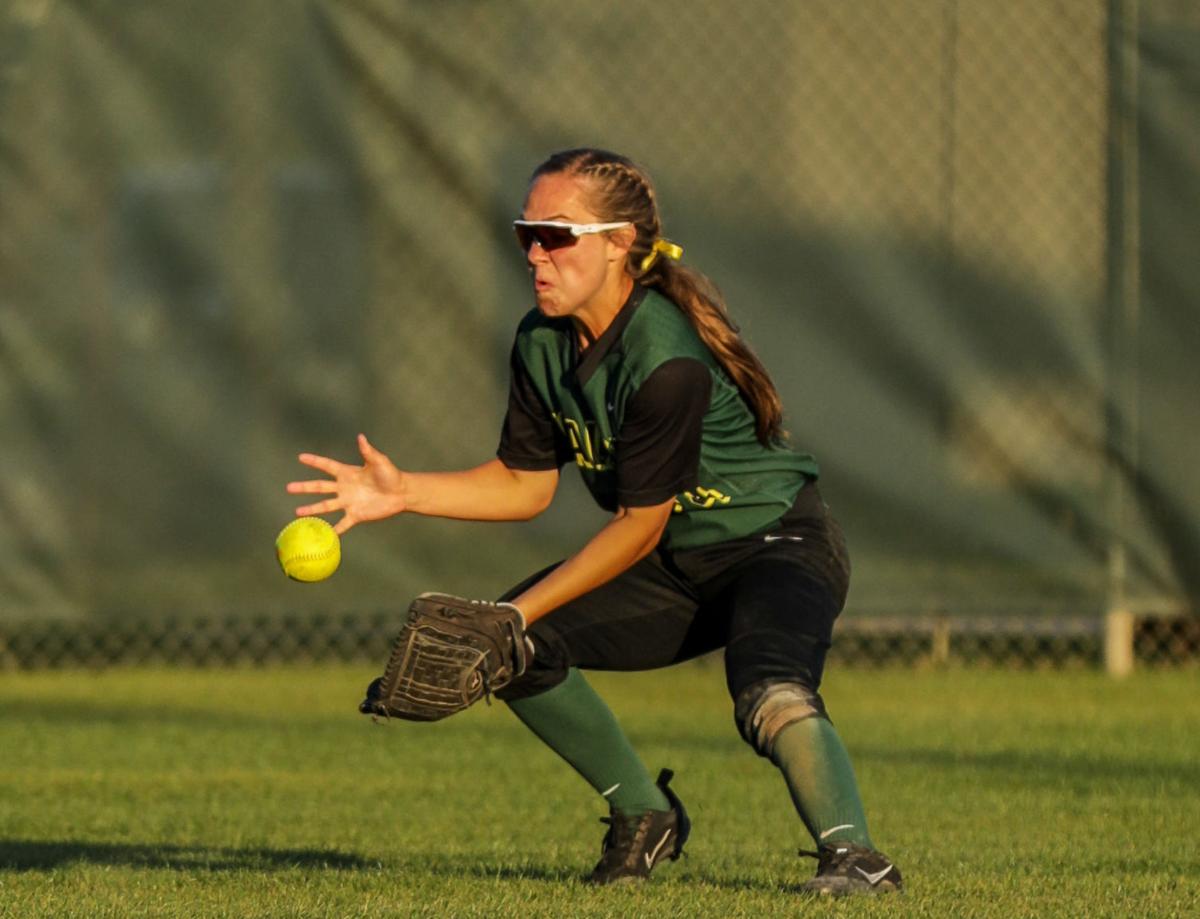 Walker left fielder Savanah Stafford (24) locks in on a line drive to the outfield.

Walker head coach Hali Fletcher guided her team to a 14-win improvement over a year where the Lady Cats won the District 4-5A championship and finished as a Class 5A state semifinalist.

Walker left fielder Savanah Stafford (24) locks in on a line drive to the outfield.

It may have taken a little time to get there, but the Walker softball team finally got back to having fun.

In the process, the Lady Cats put together a five-game win streak that’s on hold with school and athletics suspended in an effort to combat the spread of the novel coronavirus.

It’s admittedly been a process for the team, which sits at 9-5 on the season.

“At the beginning of the season we were kind of just on our toes about things,” senior outfielder Savanah Stafford said. “We knew we had talent. We knew we all had the same mindset coming into things, but we were putting so much pressure on ourselves to excel and do well, so it kind of just made the game just a tense environment when it shouldn’t have been.”

Walker advanced to the Class 5A semifinals last season, and with most of members of that team back in the fold, coach Hali Fletcher said this year’s team may have been attempting to recreate that success early.

Added Stafford: “I … believe we had the mindset that we were the team from last year, when in all honesty, we were a completely different team, but we didn’t lose that many people. We just have more experience and we’re younger. We have the talent we had last year. It’s just we all had the mindset ‘we have to be this team …’”

The team started the season 2-1 but then dropped three straight games to Holden (9-3), Mount Carmel (7-4) and Hahnville (8-6) in the Denham Springs Tournament.

“It doesn’t matter how old you are, you’re going to learn something through every experience you go through, and I think my kids learned a lot out of that first week, week-and-a-half,” Fletcher said. “That’s why I kept preaching to them ‘I’m not worried about our record. Are we growing? Are we learning from each of these (games)?’ And they did, which I’m very proud of them for.”

Walker followed with an 8-4 win over Dutchtown behind a complete game from Ryann Schexnayder and a 15-0 win over Chalmette. Up next was a 6-0 loss to Doyle in which the Lady Cats gave up a five-run inning, and the Lady Tigers’ Marley Olivier threw a three-hitter.

While the loss stopped Walker’s two-game win streak, Stafford said it was also a turning point for the season, recalling Fletcher’s postgame talk with the team.

“Coach was not upset with our performance,” Stafford said. “We didn’t play a bad ball game, but our mindset once we had fallen behind, we just thought, ‘OK, there’s no coming back from it.’ The main point of the conversation we had after was our mindset has to be there because we are a top-performing team. It’s just if we’re not all in, to buy in …”

“It was trying to teach them that nothing is ever going to be given to you in life,” Fletcher said. “Nothing. It doesn’t matter what has happened in the past. It doesn’t matter what people are speaking of for the future. It’s you take advantage of this moment right now. You enjoy it. Don’t put pressure on yourself. My job as the coach is to put pressure on you to succeed when we’re at practice. When we’re in these games, you go out there and you have fun. Don’t put so much pressure on yourself.”

Walker then turned in a 15-0 win over Covington and an 11-1 victory over Zachary to open District 4-5A play.

Fletcher and Stafford said things didn’t truly come together until the Lady Cats put together a 3-0 run in the St. Amant Invitational on March 13-14, after Gov. John Bel Edwards announced a statewide closure for schools in an effort to combat the spread of the coronavirus.

“Seeing how they played in that St. Amant Tournament, under the circumstances, I think it gave them a breath of fresh air of, ‘hey, if I just relax, I go out there and I play this game like I’m trained to do, and I know how to do, everything’s going to be all right,’” Fletcher said.

Stafford said the keys to the team’s success in the tournament weren’t complicated.

“Each person played their part, whether it was moving a runner or getting the out,” Stafford said. “It didn’t matter what part everybody had, we all participated in winning each game, winning each inning. We never gave up. If we fell (behind), we responded with more runs on the board. We just kept winning every inning to advance over those teams.”

It’s something Fletcher’s waited to see come together, and now the season is on hold, with the Louisiana High School Athletic Association hoping to resume the spring sports season April 14 if it’s feasible.

“In the whole grand scheme of things, we want everyone to be healthy, and if that means us taking a pause on the season, OK,” Fletcher said. “But at the time, obviously, it was very upsetting because the girls have worked so hard. You want to see it pay off for them … and seeing how they played that weekend, seeing them just enjoy life, enjoying the game, enjoying each other …” It kind of breaks your heart that they’re finally relaxed and playing their game. They have found their identity, and then now we have to put a pause on it.”

Stafford is hoping the Lady Cats pick up right where they left off, when and if, the season resumes.

“It finally clicked,” Stafford said. “This is the team that we know. This is the team that we have been waiting to show up. It’s finally showing up, and we have to postpone the season. It’s heartbreaking, but at least we know now we still have it in us. We decided to show up. Yes, it was a little later in the season than we would have liked, but we have shown up, and so hopefully when we come back, we’ll still be the team we left off with.”

Nicky Robert Babineau, a native of Hinton, West Virginia, and …