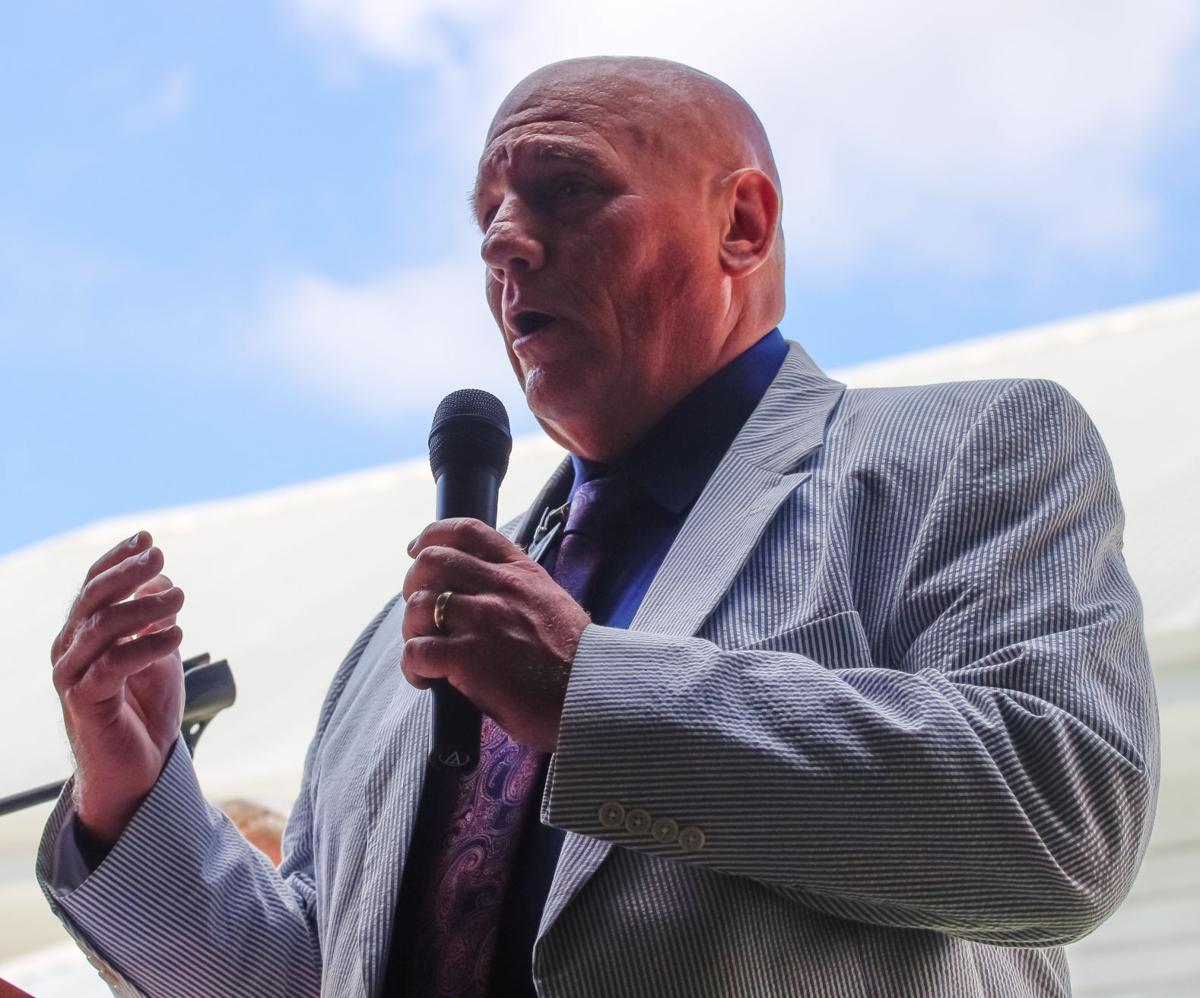 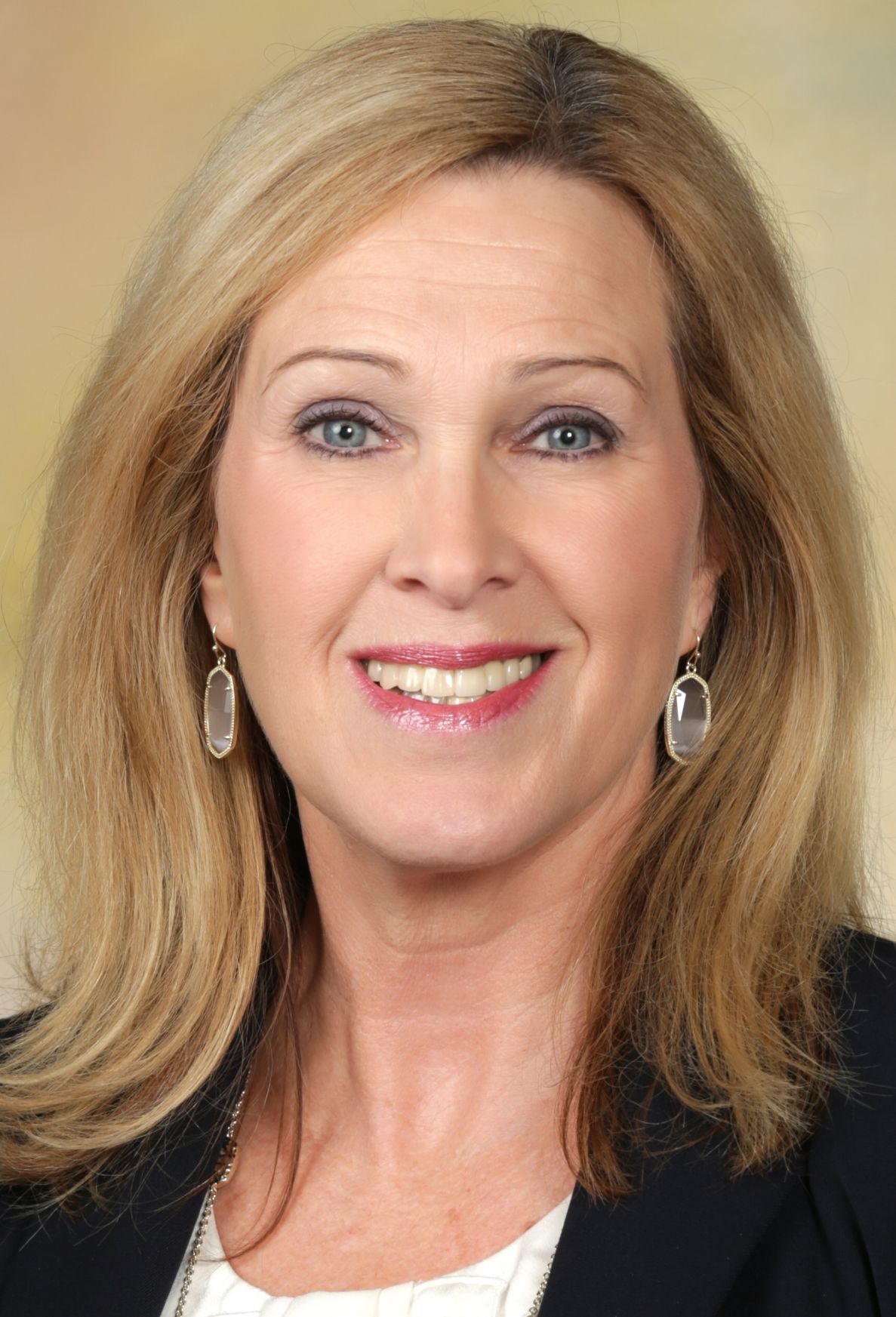 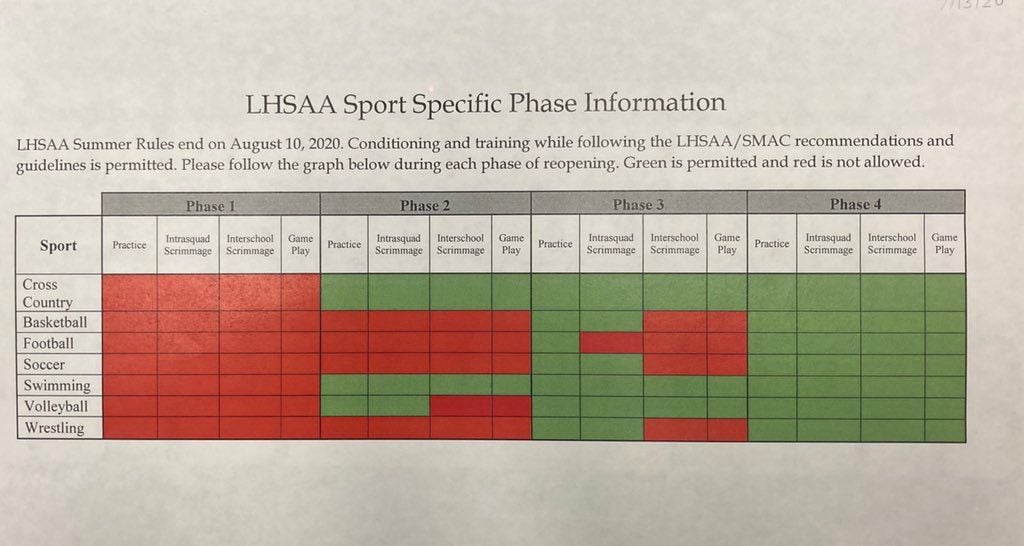 Officials on the state and parish levels had different reactions as it pertains to athletics after Gov. John Bel Edwards’ announcement the state will remain in Phase 2 of reopening Tuesday in the midst of the novel coronavirus pandemic.

“It gave us hope that we could move forward,” LHSAA Assistant Executive Director Karen Hoyt said of the governor’s announcement. “I’m excited that it was a glimmer of hope …”

At the parish level, Livingston Parish Public Schools athletic director Steve Parrill said at present schools will remain in “Phase 2 mode” when classes resume Aug. 7, which is the same day the state’s extension of Phase 2 guidelines are set to end, unless that period of time is extended again.

“As long as the numbers are trending upward, we’re very concerned that we’re going to be put back to Phase I,” Parrill said. “The school district has a plan for a Phase 1, Phase 2 and Phase 3 start, so we’re moving forward with a Phase 2 start right now. Phase 2 start is full of a lot of restrictions for athletics, even pretty severe restrictions for band and choir, which are considered very high risk, unfortunately. It seems to me that at some point, if we keep trending upward, we’re going to have to go back to Phase 1, as much as I hate to say it.”

As it relates to sports, the LHSAA’s Phase 2 guidelines allow for groups of 25 people or less in one enclosed location or outdoors with social distancing. Baseball, cheerleading, gymnastics, softball and volleyball are allowed as ‘limited contact sports’, while conditioning is allowed for football, basketball, soccer and wrestling. Bowling, cross country, golf, powerlifting, swimming, tennis and weightlifting are allowed in Phase 2.

“The coaches and people doing the extracurriculars – the cheer sponsors and dance team sponsors – they’ve been operating in Phase 2 for a while, so they’re used to it, and I have to say to their credit, they’re doing a pretty good job. They’re following the guidelines.”

Cross country and swimming are the only sports with no restrictions in Phase 2 based on LHSAA guidelines, while volleyball can practice and hold intrasquad scrimmages.

“As much as some die-hard fans aren’t going to like me to say this, our primary focus is educating the children, and we’ve got to get them back in class and then we can focus on athletics at that point,” Parrill said.

Hoyt said it’s going to take some teamwork to get there when it comes to playing football.

“We can take 14 days,” she said. “Let’s get our numbers down in these 14 days. Let’s everybody wear their masks, social distance, sanitize. Do whatever you need to do. If the people in Louisiana want to play football, that really want to move forward with the normalcy of some kind of athletic activities for these high school kids, which they need, let’s get it right here. Let’s adhere to these guidelines and recommendations where we can get these numbers down where we can move forward.

“We want sports. Please, everybody do what you need to do because we’re committed to make fall sports happen, but everybody out there in the communities have to be committed as well.”